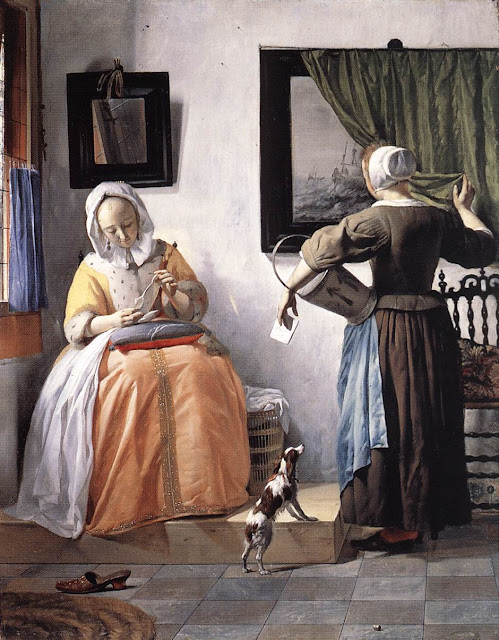 "Looks very interesting and intriguing! Though I understand that the Deleuze-Hegel relation cannot be taken without Nietzsche (critic of Kant) but I find that he is not mentioned in the summary. How is this possible? We know that just as Kant is who indirectly relates Deleuze with Hegel to a certain point, it is not but Nietzsche (and more specifically Deleuze's Nietzsche) who serves as a counterweight and who unties this relation: as I see it, in the whole of Deleuze's philosophy, Nietzsche (and Spinoza) always come first: Deleuze wrote his book on Nietzsche as a weapon against Hegelian philosophical influence: any relation that he could have with Kant and Hegel was precedented by his relation with Nietzsche. I think this is worth to remark, because sometimes when things are put in terms of 'key connections', it is meant also to imply that Deleuze followed premeditatedly Hegel steps to fulfill a critique of Kant's trascendental idealism, and as we know, he did not: he found his way through a more affirmative path. Deleuze never took Hegel as key target of his philosophical writing and whenever he spoke of him, he always was frontal and straight: Hegel was not worth to be mentioned because his dialectics coul only mean to mortify life, and this for Deleuze it is not philosophy itself."

"Adrian, thank you for your comments. While you're right that Deleuze presents his opposition to dialectic in Nietzsche and Philosophy (though if you are interested in the relationship between Deleuze and Hegel, I would recommend you begin with his review of Logic and Existence), the account of Hegel presented there is superficial, and wouldn't be accepted by many (any?) Hegelians. One of the main aims of my book is to determine whether Deleuze's critique of Hegel is effective, and so I look at the more substantial arguments primarily to be found in Difference and Repetition."

"Thanks for your reply, Henry  I am not interested in the relation Deleuze-Hegel at all, but I agree with you in that this relation could only associate their respective work through Kant --though only if we accept that Deleuze's philosophy can be 'firmly' placed in the post-kantian tradition, at least chronologically  though, I do not think that this place is as firm as you say--, however, in any case, this association also needs to consider Nietzsche's critique of Kant, and this means by its way to consider Nietzsche's whole philosophy, and specially, of course, Deleuze's own 'Nietzsche' as well. Deleuze never meant to speak of Hegel --and never in the way to be accepted by Hegelians (!)--: this is the first thing to consider, because Deleuze never wrote a systematic and textually elaborated critique of Hegel's work, and this fact is very significative above all, and in the very first place: he never wrote about him because he did not loved him at all: he loved Nietzsche and Spinoza, and this reason is determinant, despite Hegelians. He did manifested his critical view of Hegel dialectics, yes, but this was never part of his textual nor argumentative goals: he did so very indirectly only on his way to expose certain points and arguments etc, but it is clear that Hegel was neither a recurrent topic of his books, and that Deleuze did not want to feed Hegel's negativity (ie, to mortify life). This mentions were written by defect: they do not mean nothing if taken textually isolated, at least not for Deleuzians. Besides, out the text, we should take into account that the whole book 'Nietzsche and Philosophy' is an affirmative response to these Hegelian influence and tendencies (an active response without speaking anything of Hegel's work, but not even by contemplating him as its primary deferred target --this is just the fantasm that hegelian subjection projects in the hegelian reader while reading Deleuze--, but by boosting and actualizing Nietzsche's whole philosophy--. We know that when Deleuze says that 'someone has to play the role of traitor' --regards to Hegel and the history of philosophy--, he has already taken a stand with respect life and its affirmation, a stand that criticizes this negativity and influence by bringing into light, making speak, giving voice (to enunciate and make visible), the work of those authors that would affirm life and its event (Lucrecio, Spinoza, Nietzsche, Bergson, etc). But if you are only considering the few paragraphs that Deleuze textually dedicates to Hegel, mentioning him here or there --even in Difference and repetition-- of course you would conclude that the account of Hegel presented there is superficial. Nietzsche is the one who Deleuze made speak so to fight such metaphysical battle, and the one who broke Deleuze free so to let him speak on his own name. As I see it, at the end of the day: there is a lack of tangible-textual elements to determine Deleuze's critique of Hegel as a well-formed scholastic and pertinent approach --which is also a very pretentious task, given the case-- and moreover when the aim is to avoid any account on how Deleuze put Nietzsche into work, discoursively (which already includes a critique of Kant's philosophy). As you can see, this lack is Deleuze's betrayal: a fortunate fact for philosophy, at any rate."

"I think the point to make would be that Deleuze draws together a number of thinkers from the history of philosophy to develop an anti-Hegelian approach to philosophy. Nietzsche is clearly important, but so are Bergson, Kierkegaard, Feuerbach, Althusser, Lautman, and a host of others. It's rather simplistic to reduce the grounds of Deleuze's philosophical engagements to one figure."

"Henry, the point to make here is that you disparaged and disconsidered Nietzsche in your book: when i posted my first comment, i recall that i even gave it a quick check out at google books: i found that you do mention and reference Nietzsche but just for the record and in a way to avoid his critique: Nietzsche is not mentioned in the review, but neither in the introduction, and he is neither properly weighted nor developed in your chapters. It seems that he was not that important for you then, or that you were lazy to deal with his philosophy (maybe you still are, considering your last comment, though am not surprised: this is pretty common among academic philosophers, all too prude to attend seriously non-scholastic philosophies, all too rushed and raced to publish whatever might help to feed their curricula, no matter if it is right or wrong, no matter if it is impositive to what is already known in the field about the matter). If Nietzsche is not important for you it does not mean that he would not be important and necessary for your work to be posited properly. Deleuze's book on Nietzsche is not a superficial critique of Hegel as you argued, and to see that so, you just have to spell the title of chapter 5. Please try to understand that for those academic and non-academic deleuzians that have read Nietzsche on detail, the dismissive take of your book somehow insults our efforts. There is no other way but to deal with Nietzsche, if it does not come that first Nietzsche would deal with you. Is this what academic philosopher are afraid of, the reason why Nietzsche horrorize their prude views? (and this why we love Nietzsche, though  Sorry but the point to make here is that your book seems to presume too much despite this nietzschean lack, which is very specific from the start: however, in any case, if you want to speak about the relation between Deleuze and Hegel, so as to say things about the critique of representation, you just cannot ditch Nietzsche on your own convenience."

"I have put the language to sleep", James Joyce a Samuel Beckett